Concrete Cracks: When to Call for Concrete Repair Help 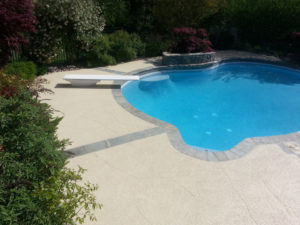 A lot of homeowners get worried when they see cracks on concrete foundations. Not only because it can be such an unpleasant sight but because it is often associated with an underlying issue that has yet to be determined. Unknown to most people, around 90% of most cracks do not require any extensive concrete repair. So how should one know if the crack requires the immediate attention of a professional concrete repair contractor?

There are various reasons why concrete would crack. Here are some of the most common causes:

When is a Concrete Repair Needed?

Not all cracks are bad but it is important to know if repairing concrete should already be considered. There is no need to repair concrete that has cracks that are less than ? inch in width. Anything from ? to to ¼ would need to be observed or assessed by a pro. If the crack remains as it is in several months time, then it probably does not require any special concrete repair products or services. However, if it seems to be increasing in width or if it extends further into a network of small cracks, then a deeper issue could be causing it. This is the best time to call for someone who knows how to repair concrete professionally. Whether it is a concrete driveway repair or a patio resurfacing, it is highly recommended to consult a local contractor to know more about the available options and the concrete repair cost of such options.

See our coatings and stains at residential and commercial properties.

Get technical information, system guides, and more for all SUNDEK Nashville products.

View the wide range of color options and brochures available through our various systems.